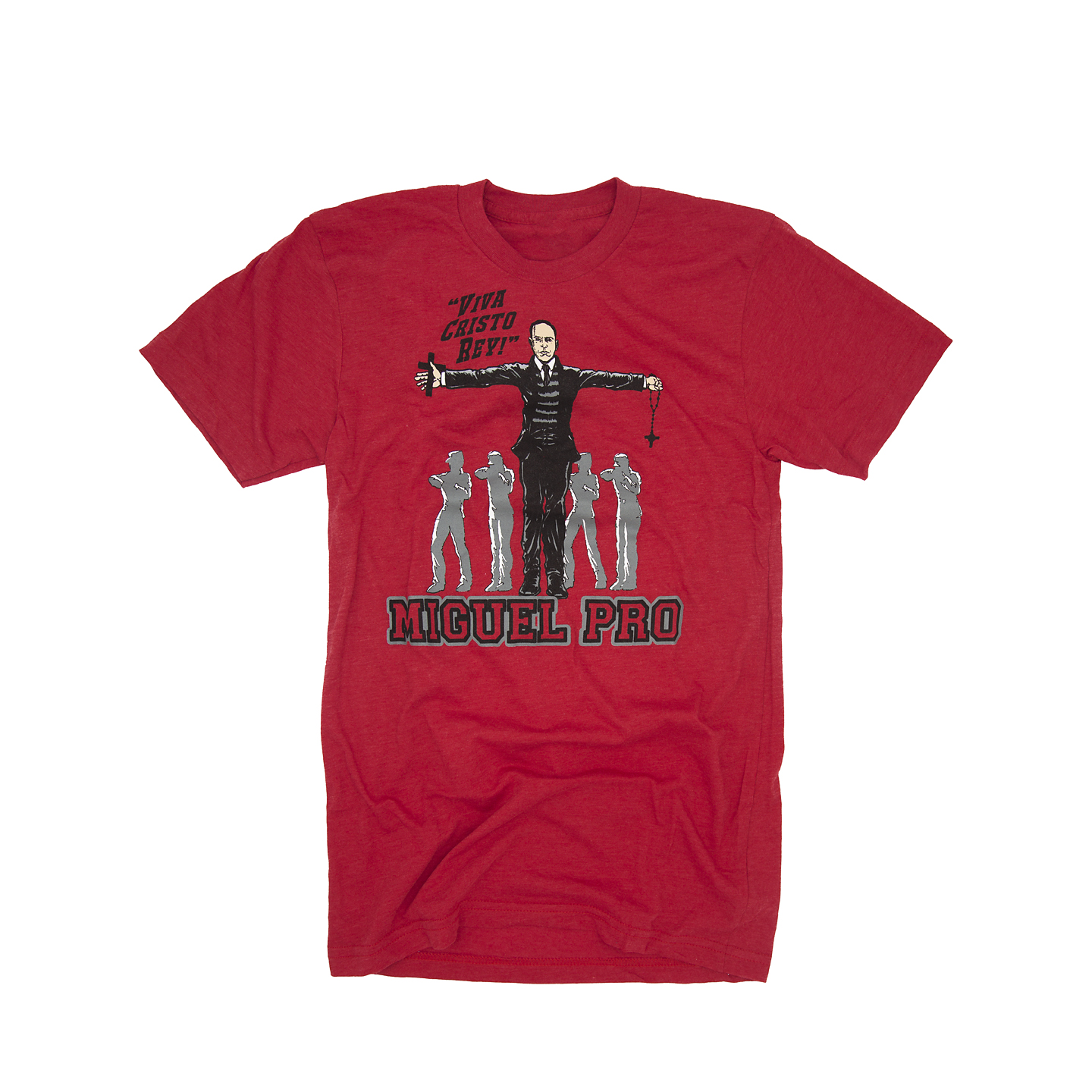 In Mexico, on August 1, 1926 public worship was suspended due to the Mexican government’s overtaking of the Catholic Church.  The Catholic Church in Mexico was officially “underground” and Father Miguel Pro was at the forefront of its operation.  He used different disguises to stay undercover in his service to the Faithful.  From distributing Communion, saying Mass, and hearing confessions to teaching the faith, counseling couples and passing out leaflets he risked his life to serve the souls of Mexico.  His charisma and calm sense enabled him to escape many a close call.  As he was being driven into the station after being arrested on suspicion, he was able to nonchalantly drop religious leaflets from the police car window while carrying on an engaging conversation with the officer.  Another time, he realized he was being watched so he turned the corner and noticing a young Catholic girl he knew, he gestured for her to take his arm and the “couple” walked straight past, fooling the agents.

Miguel Pro was falsely arrested after an assassination attempt and without trial was executed on November 23, 1927.  Standing in the form of the Cross, he held his rosary in one hand and a crucifix in the other and exclaimed, “Viva Cristo Rey!” before being shot to death.  “Viva Cristo Rey” or “Long Live Christ the King” was the mantra of those fighting against the Mexican government’s persecution of the Catholic Church, known as the “Cristeros.”